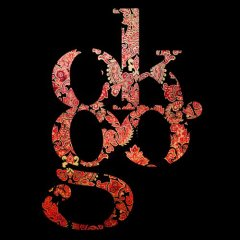 When OK Go bassist Tim Nordwind walks down the street, he garners some pretty odd stares. It's not primarily from young fans who have purchased OK Go's latest album. Instead, it is from older folks who fell in love with the quirky video for "Here It Goes Again," in which the band performs choreographed dance moves on moving treadmills.

"You're not the only one to say that about their parents or even their grandparents and great-grandparents loving our video," Nordwind said with a laugh via telephone from California.

The video, recorded in lead singer Damian Kulash's home with the help of his sister Trish, a choreographer, has made OK Go one of the most unlikely alt-rock heroes of 2006. Though Kulash's voice is the one heard singing "Here It Goes Again," Nordwind is the member lip-synching the lyrics in the song's video, leading many to believe that the vocals are his.

"Here It Goes Again" appears on a year-old album, "Oh No," and the song/video has boosted sales of the record past the 400,000 mark. The video has been viewed more than 8 million times on YouTube.com where it ranked as one of YouTube's Top 10 videos of all time after only two weeks, according to a press release. The song remains in regular rotation on MTV Hits, FUSE, MTV and mtvU.

A previous video for the song "A Million Ways," which also appears on "Oh No," is nominated for an MTV Europe Music Award. The ceremony is set for Nov. 2 in Copenhagen, Denmark.

Nordwind recently talked to LiveDaily about the making of "Here It Goes Again" and "A Million Ways," working with They Might Be Giants, and the band's stellar reproduction of the treadmill-dance sequence on the MTV Video Music Awards this summer.

LiveDaily: Congratulations on the success of "Here It Goes Again."

Tim Nordwind: It's crazy. I think whenever you start a band, you're delusional enough to think that everyone's going to love everything you do. But in the back of your brain, you know that's not true. When it actually does kind of happen to you, it comes as an extra surprise because it's like, "Whoa, my delusional thoughts are coming true for a second." Two months ago, we were basically getting ready to close up shop on this record. At this point, the record is over a year old. We were actually making plans to get down and start the next record. All of a sudden the video sort of blew up and the song started being added to radio. All of a sudden we're touring for another year. [Laughs]

How does it feel to have a record that became a hit a year after its initial release?

It obviously feels really good. [Laughs] We really like the record, and stand behind the record. It's all we've ever been inclined to do is have people listen to the record. [The video was] a weird and funny way to get people to listen to it. But I'll take it any way we can get it.

How on earth did you come up with that concept for the video?

I guess the predecessor to that video is another sort of choreographed video for a song off the record called "A Million Ways." It's a video that we shot in our singer's backyard. It was kind of a mistake, because it was a dance we choreographed for the end of our live shows to confuse and awe the audience. We choreographed the whole thing at our singer Damian's house, and he doesn't have a dance mirror or anything like that. We recorded it to show our friends, and then they started passing it around. Then their friends started passing it around. Then it became one of the most downloaded videos six months later. When we saw the success of "A Million Ways," we decided to make another one. It was really fun to do. We called up Damian's sister Trish, who choreographed our first dance. She's a ballroom dancer and full-time maniac. We said to her, "We want to make another video, but we want to consciously make one this time. We want to take it to the next level." We asked her if she had any ideas and she said, "Of course. Treadmills." Honestly and truly, we just wanted a fun idea. Sort of a fun, simple idea. It's nice because for both the "A Million Ways" and "Here It Goes Again" videos, we didn't have to call up the label, we didn't have to spend a lot of money. It was just a fun, simple idea that we had. We took the opportunity to make something that we thought was cool. We really didn't know what would happen with it. We didn't know if we would show it to anyone, to be honest.

Then look what happened. Was it tough to reproduce that live on the VMAs?

[Sighs] Yes. It was extremely difficult to reproduce live. Basically, when we finally decided to show the video to the label, we said, like, "Here's the video for the song. We like it. We want to put it out. Don't ever expect us to do it live unless a big awards show comes along." Then the VMAs came along [laughs], and we all had a big laugh out of that. At that point, it had been a good year since we shot the video. So we had to rent a rehearsal space. We rented a space at the Alvin Ailey Dance Studio, which is like the dance studio of dance studios. We rented a space in their basement. It was really great, because all the real dancers kept coming downstairs and sticking their heads in to see what we were doing, saying "Why are there eight treadmills in our dance studio?" Basically, we rehearsed for a week. After the first day of rehearsal, we remembered what it was like, and had the moves down. After we had the moves down, it was really a question of doing it under pressure. So we'd get up on the treadmills and Trish was there with us, and she would throw bottles at us, scream in our faces, turn the lights on and off, turn the music on and off--really any kind of distraction. Just so we wouldn't get really nervous when we saw really famous people, we cut out pictures of famous people and put them on the wall, kind of like a wall of fame. When we looked out, we saw posters of the Olsen twins, J. Lo, Justin Timberlake, Daryl Hall and John Oates--all the celebrities big and small. [Laughs] We were pretty well prepared. But nothing really prepares you for playing Radio City Music Hall with however many thousand people were there and how ever many people were watching it on TV. I don't think you can simulate that kind of pressure. But it was a thrill. We were total tourists. Afterward, like, Snoop Dogg came up to us, "Yo, how'd you get up on those treadmills?" P. Diddy came up to us and interviewed us with his little camera crew he had with him. Justin Timberlake gave us some accolades.

That's awesome. I read that you've been a house band for mtvU and the radio show "This American Life."

"This American Life" was probably one of the first tours that we did. It was for their anniversary. They went out and broadcasted live from, like, New York, Washington, DC, and Boston, and they broadcast from Chicago, where we're from. They were a big supporter of the band, so they asked us if we wanted to come out to be the house band. That was great to get out of Chicago and play to different people. It's such a good show. It's one of the coolest things we've ever done. I'd like to do it again at some point.

From what I've read, They Might Be Giants proved to be mentors to OK Go..

We share a booking agent, so we did a couple shows with them. We ended up being picked up by the same management as They Might Be Giants. They showed us around the rock 'n' roll side of things. They were very good to us. We'll forever be grateful for all the help in the beginning. You couldn't ask for a better situation for a baby band.

Did they give you any advice?

The best advice I ever got from them was right after we got signed to Capitol. John Flansburgh called everyone individually and congratulated us. He told me, "In the world of rock 'n' roll, so much s--- gets thrown at you and there's so many things that can divide a band." He said,"You just have to laugh at it all. Otherwise you're going to end up really hating life."

Your album "Oh No" was recorded in Sweden. Why Sweden?

We're really big fans of Tore Johansson who produced the album and he's Swedish. I think I started really loving his production in the mid- to late-'90s, with all The Cardigans' records. He did "Life" and "First Band on the Moon." Then, later on, I was in love with the Franz Ferdinand record. When I looked to see who produced it, it was Tore Johansson. So right around that time we were trying to figure out who we wanted to produce the record. So we sent him some demos. He was one of the first people we sent demos to, and one of the last to respond. It took him a few months to get back to us. We had kind of written him off. Finally, he wrote back and he had a lot of positive criticism about the demos and the way he thought about how it should sound--which was the way we wanted it to sound, but we couldn't get it to sound that way with the demos. We really wanted to capture what we do live. He seemed to be thinking the same thing, basically. He wanted to help us make a more dangerous and groovier-sounding record. That's what we wanted to do. He has a 4-year-old daughter and didn't want to come to the states. Frankly, we wanted to get away from the states and get away from the label a little bit, and away from meddling hands, and make the kind of record that we really wanted to make. It was the best 2 and a half, 3 months we've ever had.

What was the most important thing you learned from him?

Really just not to over-think the songs. Just feel them more than think about them. He wouldn't let us record to click tracks. He just really wanted to capture the live feeling and raw feeling. We all sort of wanted to feel the push and pull of the rhythm section, and not fill up every single space with sound. We wanted to let the record breathe a little bit. When we started getting mired in details, he would help us see the big picture a little bit more. He was very good in making it light and fun.

On its self-titled 2002 debut, OK Go nailed the two things every decent power-pop band needs--deadly looks and deadly hooks--to deliver the knock-out hit "Get Over It." Its follow up, produced by Tore Johansson (Franz Ferdinand, the Cardigans) and recorded in Malmöö, Sweden, offers more of the same. Much more. The Chicago quartet can't seem to move through its record collection fast enough, piling on the Beach Boys harmonies, Cars synthesizer squelches and Queen-inspired fanfare on breakneck songs like "Here It Goes Again" and "Crash The Party." Without any pauses for breath or quiet contemplation, it's frankly almost too much to take in one sitting. Then again, it can't be easy trying to cram the entire history of pop in just under an hour.
Posted by OmniMediaGroup at 11:11 AM